I hardly save money. I only do when there’s this gadget I have fallen in love with and I really need to get it. If the said gadget isn’t of great importance to me, I won’t save to get it.

Sometimes I go to Amazon just to feed my eyes with geeky items I’d love to get, I add them to my wishlist and think my ass out on how to get them.

Most times, I buy the items I can’t take my mind off.

There was this time I got an Amazon HDMI cable for approximately 9,000 Naira (including shipping with Shop-to-my-door). I needed this cable to work with my TLC TV and Samsung soundbar.
The HDMI cable my colleague helped me get at Ikeja didn’t work with the TV.

I got pissed and bought it from Amazon for that price.

Few days after the item arrived, I remembered I could get that exact HDMI cord at shops that sell game consoles.

Although the Amazon HDMI cord worked, I could have gotten it cheaper if only I didn’t let my emotions get in the way.

This and many other kinds of impulsive buying has cost me a lot.

I needed to discipline myself to save money. The only way I could achieve this at that moment was to lock my money somewhere and throw the keys into the evil forest – Never to be accessed until when I have the guts to go into the forest to get the keys back.

You know banks don’t really offer this feature. Commercial banks have fixed deposits; a fixed deposit account allows you to invest your money with the bank within a certain period fixed by you.

But you know the problem with a fixed deposit? You could easily change your mind and walk up to the bank to demand your money.

They won’t hesitate to give it back to you. After all, it’s your money.

I wanted something that I could lock my money in and won’t be able to access it for a specific period no matter what happens.

I even thought of the popular àjọ – the type where a group of people safe and at the end of the month, one person takes the whole pool for that month until it gets to everyone, but it’s not safe ja re. I have heard stories of people who don’t pay after they collect their own share of the pool.

I needed something more secure.

While in my dilemma of either going for the fixed deposit or àjọ, I saw an advert on Facebook about Piggyvest.

I signed up just to review the app and maybe write about it on the tech section of my blog, Lagschools.

After a few days of testing the app, my eureka moment came.

Piggyvest was exactly what I wanted. It had the feature I craved for – that one feature that would discipline me to save that extra cash.

With Piggyvest, I could lock up a certain amount of money for a specific period and Piggyvest won’t give it back to me until the fixed date.

I don’t know if you are really getting my point, as in they won’t give me the money even if I need urgent cash to do something.

Apart from this feature, it also had a challenge feature where you could join a group of people saving for the same goal.

I quickly joined a target group that was saving ₦365 per day for one year. At the end of this target, each member would have saved a sum of ₦133,225.

It’s almost a month now and my savings has improved. At least by the end of the year, I would have money to invest back into my business and maybe plan an end of the year trip – I’ve been longing for this trip for a while now but I end up using the cash I’ve saved for something else.

Piggyvest also has a referral feature that lets me earn a token for each user I refer to Piggyvest.

So far, I have invited six friends to join Piggyvest.

For each person I invited, Piggyvest paid a ₦1,000 Naira incentive to both me and the persons I referred.

If you would like to join Piggyvest, you can use my referral link to register https://goo.gl/wxCvYC

After you have registered, you need to activate your account with tintinrin ₦1,000.

When you activate your account with ₦1,000, Piggyvest dashes both of us ₦500 each.

So you have ₦1,000 and the extra ₦500 bonus in your Piggyvest balance.

N.B Piggyvest has reduced the amount it pays for each referral to ₦500 for both parties.

Don’t open an account if all you want to do is earn a referral bonus. Piggyvest is best used to build a saving culture.

For the Naysayers, I already did a background check on the company.

Piggyvest was formerly Piggybank.ng. They are a registered company in Nigeria and regulated by the central bank of Nigeria. The company has been around since 2016 and has since saved over 1 Billion Naira for its users.

One of my colleagues I referred said he was planning of saving ₦500 daily until his daughter graduates from the University. That amount of money can catapult any child instantly.

If she wants to start up a business, her father has already hustled the funds for her. He has saved her a lot of the stress most Nigerian kids face after University.

I also plan on doing something similar for my child/children (I really don’t know how many I’m going to have right now).

Big thanks to the Piggyvest team for bringing our traditional kolo (piggy bank) experience into an app with more interesting features. 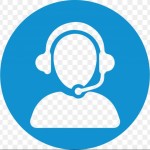 Get more Articles Straight into Your Inbox

we respect your privacy and take protecting it seriously